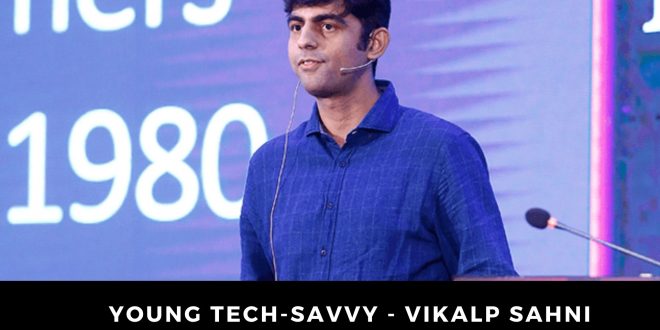 Vikalp Sahni is one of the co-founders and Chief Technology Officer (CTO) of a famous travel company named Goibibo. However, he quit Goibibo last year in July. The news of his quitting got from his tweet. He was the director of engineering for the last 13 years at Goibibo. He played an important role in the technological innovation of the company. Vikalp recently worked in preparing the Aarogya Setu app voluntarily.

Mr. Sahni belongs to a Punjabi family. His father was a banker at Union Bank of India. He transferred routinely, that was why he grew up in different states of India. He mentioned in one place that his father started a computer course in 1997 due to the computerization of banks. The father brought books on Windows operating systems. Vikalp Sahni read book Sanganak ek Mitra. It is a book on computers in Hindi. He was in 3rd standard at that time when he got interested in computers. His family’s first computer paved the way to his journey of coding.

After his secondary education, he chose civil engineering course at NIT Silchar in 2002. During his first year, he won a programming contest in which he used an action script to program a race car simulation. Sahni participated in different tech and coding contests. After his bachelor’s degree, he started his job at IBM in Gurugram.

Then he got the post of senior software engineer at Ibibo. The technical team of the group was led by him. Using the android app, he launched the company’s mobile-first product. Vikalp also helped Go-MMT volunteers A-class team voluntary in building the Aarogya Setu app.

He loved to code and always was in search to do something with the coding. Vikalp and his team were keen to know that searching for the product or need of the customers increased and helped some companies such as Flipkart and Ola to have great profit. This success for search feature was used by different platforms such as finance, news, auto, matrimony, as well as travel. Therefore, this shortened the selection to focus more on travel and gave birth to Goibibo. The team of Ashish Kashyap, Sanjay Bhasin, Deepak Tuli, Vikalp, and Uma Shankar, developed an application in 2009.

Moving forward in March 2020 when the covid 19 viruses started expanding their roots, Vikalp saw the importance of tracing the contracts. For instance that, his colleague Rahul Goyal suggested connecting the application through the GPS to trace the contract. While this idea was under process, the Indian government on other hand was trying to serve the same purpose named Corona Kavach.

Simultaneously, Vikalp Sahni, Rahul, and the team of developers from Goibibo developed the Aarogya Setu app attached with GPS, now they were working on connecting the app through Bluetooth. Later on, they shared the application with Niti Aayog. Then Niti Aayog added new facilities to the application. After this development, Vikalp thought of moving on and doing something on his own. This is when he left Goibibo.

The slogan that says it all, “Eka Cares for India”, it is a new individual approach by the tech-savvy Vikalp Sahni. He wanted to do something for the health care sector of India and understood that the healthcare department of India needs up-gradation in the tech world and should use a more technical approach. While he was in search of some break in the tech field it directed him to start the Eka care. This development of the application has partnered with doctors, who can offer free counseling online voluntarily.

Moreover, in this application person needs to fill up his complete assessment of symptoms and share it on the app. With help of that information, doctors could give timely counseling to the one. This initiative could help in treating the covid-19 with more ease. Covid-19 patients can get 24*7 free consultations. Eka care is a team of 35 members including the covid warriors. Team Eka care had a great hike and added around $2.5 million of personal capital.

India greatly needs youngsters like him to grow in the tech world.The Inspiration story of Vikalp Sahni is making the biggest impact on people’s life.