The Truth Behind Most Haunted Place Of  India – Bhangarh Fort 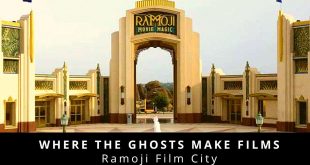 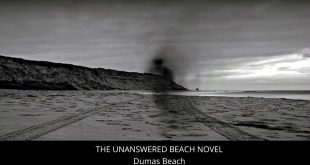 When it comes to the Hunted Places of India, the name of Bhangarh Fort comes first. There is such a fear in the people of this 500-year-old fort present in Rajasthan that people are afraid to go here even during the day. It is also said that whoever goes to this fort during the night, never comes back, so the government itself banned them from going to this fort at night. The fear is that despite being declared a reserved area, the Indian Department has not even made its own office.

Today we are discussing – What is the history of the Bhangarh fort and why is it considered so scary and haunted?

This fort of Bhangarh was built by Shashak Raja Bhagwan Das of Amer in 1573 for his younger son Madhav Singh. At that time this fort used to be completely happy and there used to be a dense population of people all around inside this fort. But then suddenly such a thing happened that the happiness of this fort ended forever. The fear of this fort sat in the minds of the people, so people started leaving it.

As a result of which this fort and the area around it became completely deserted. Even today this fort is lying deserted for many years which looks very creepy. Also, the screaming sounds come from this fort. Anyone who has gone to this fort during the night has never come back. Very few people dare to go inside this fort even during the day.

what happened with this fort that it was considered so haunted?

Many different stories are told by the people behind the hauntedness of this fort, but the famous one is most trusted by the people in the story of Princess Ratnavati.

When this fort was built, a very beautiful princess used to live in this fort. At that time the age of the princess was 18 years and her beauty was discussed far and wide. Because of her beauty, many princes wanted to marry that princess.

One day Rajkumari Rani Ratnavati, went to the market with her friends, and in-market she stopped at a perfume shop and she used to buy the perfume from that shop. At that moment in the market, one guy started looking at Rajkumari and that guy popularly known as Black Magic Specialist.

As soon as he saw the princess, he fell in love with her and he had decided in his mind that in any way he would get the princess. Now because he knew art magic, he picked up a bottle of a princess’s choice and did some mechanism on that bottle, slowly putting it back in its original place. He wanted to subdue the princess with his Tantra mantra and his plan came true to a great extent because the princess had not seen him tinkering with the perfume bottle. After this, Rajkumari picked up his perfume bottle and start going towards the fort also that guy followed the way of Rajkumari.

When the princess had reached a short distance, one of her friends told her that an unknown person had manipulated the perfume bottle because that friend had seen that person doing something with the perfume bottle and killed her in fear. The friend did not say anything in the market. When Rajkumari knows everything about this horrible matter, she immediately hits the perfume bottle on a huge stone lying on the road and the black magic done in that bottle came in that stone.

That man had done such magic on that perfume that whoever felt that perfume would have drawn himself closer to that man. And you all very well known that the perfume is splinted on the stone, and unfortunately the stone starts moving toward the man, and that stone has crushed the man and that man dies. But before dying, the man gave a curse that all the people living in this fort including the princess would soon die a painful death and their souls will wander in this fort forever.

After some time, a war broke out between Bhangarh and Ajabgarh and the army of ajabgarh was very powerful, due to which their soldiers entered the fort of Bhangarh and killed the men, women, and children present in the fort in which even princess Ratnavati could not survive. The people around the fort used to hear strange sounds from inside and at the same time, incidents of the disappearance of people going towards the fort were also heard. Due to this, the nearby people also left their homes and started living in other places.

Seeing this fort and its surrounding area became completely deserted. When this fort was being built, there used to be a sadhu named Baba Balunath near this fort and when Baba got the news of the construction of this fort, he sent a message to Raja Bhagwan Das that don’t make this fort so high that the shadow of the fort reaches my cottage. But Bhagwan das had not taken this matter too seriously. After construction when shadow touches the cottage of Baba Balunath, he was very angry at that moment, and in anger, he cursed that Bhangarh Fort will be completely destroyed.

Many people still believe that this condition of Bhangarh Fort was due to the same curse of Baba Balunath. Apart from this, it is also said that there was a war in Bhangarh in which the soldiers of Bhangarh were completely defeated. Raja of Bhangarh and his family members managed to escape after saving their lives.

What caused Bhangarh to become terrible?

Bhangarh was devastated as a result of the sadhu’s rage. According to a different narrative, Bhangarh began to deteriorate around 1720 due to a lack of water. In 1783, there was a famine that terminated the stay here, and Bhangarh was entirely destroyed.

What Are The 5 Gateways of Bhangarh Fort?

Apart from the main gate, there are four more entrances to the fort which are known as Ajmeri Gate, Delhi Gate, Lahori Gate, and Phulbari Gate. There are temples dedicated to many Hindu gods and goddesses inside the Bhangarh Fort such as Someshwar Temple, Mangaladevi Temple, Hanuman Temple, Gopinath Temple, Ganesh Temple, as well as Naveen Mandir.

When Is the Bhangarh Fort Open?

Even in the 21st century, there remains a widespread belief that Bhangarh Fort is haunted by spirits. Rajasthan is famous for its deserts, nobility, and forts. However, when you weep over the magnificent beauty and grandeur of its forts and palaces, which are still fascinating, there is one spot that may entirely change your mind.

I Hope, you’ll get fruitful and mysterious information on the most haunted place in India that is Bhangarh Fort.

Previous A man building a multicore business from Rs.50 – Abhishek Rungta
Next A man who Changed The System of Marriage – Anupam Mittal