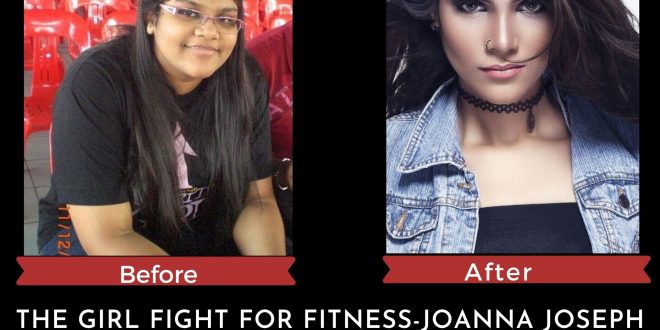 Brief about fat to fit girl

There are numerous inspirational women in this world. Similarly, Joanna Joseph is one of them. Additionally, she hails from Malaysia and won several awards for her birthplace. Moreover, Joanna also became Miss India in 2018. The girl who was fatty at teenage now started her career as a pageant model and an actress too. Likewise, she also has a unique story behind her success as other stars.

Birth and education of Joanna Joseph

The Malaysian star girl was born on 2nd October 1997 in Malaysia. She finished her education at Management and Science University at Shah Alam, Malaysia. Similarly, Joanna Joseph was a medical student at her school. The 23years old Joseph transformed her from 104 kgs to 52 kgs. She did a lot of hard work to maintain her figure attractive and controlled her diet too.

Story behind the fame and fitness of Joanna Joseph

As Joanna Joseph was a fatty girl during her school time. She was bullied and mocked by her classmates and family friends too. Moreover, Joanna teased round the clock day by day. When she was at age of seven, she weighed 90.71 kgs. Likewise, the majority of known people teased Joanna rather than support her. She tolerates these things from her childhood to her teenage. She was called Ugly Duckling, a fatty girl in her school by her classmates and friends.

When Joanna Joseph touched the age of sixteen, then she felt embarrassed. The talkative, jolly teenager went into depression. She did suicidal attempts and harmed her many times. Likewise, Joanna did not like her body language, face, and skills, etc. So, she deeply stressed out and did not sleep for nights. After a long period, she motivated her own mind besides sinking more in the depression.

Furthermore, by spoiling more than three years of her age in stress, she thought how much she lost. Joanna left her education, health, and consciousness too. Being a depressed person, she did not take help from anyone and command her mind towards the positivity of life. She firstly looks after her body weight and then on her diet. Secondly, Joseph started her workout from her home and watched and followed live tutorials to lose weight.

Additionally, she lost 51 kg less than in a year. Joanna used various exercises for her face, arms, and waist, and for the whole body. She turned her body like a model at the age of 21.

The turning point in Joanna’s life

Most people appreciate the hard work and diet following habits of Joanna. But a few feel jealous of her. They addressed her as a drug addict. Simply, she did not bother about the mocks and rumors of people. She would like to give a new start to her career in modeling. So, Joanna started tried it at many places. She participated in many pageant shows and won various titles over there. Likewise, she awarded as a Malaysian beauty queen in Selangor Earth 2016.

Similarly, Joanna Joseph crowned second in Miss and Mrs. India Worldwide pageant contest. These all crowns lead her life as a successful model and actress. She becomes a role model for those girls who feel guilty due to mocks and rumors. Consequently, Joseph is a live example for every woman to start from the earth and to touch the sky.

By starting her successful career as a model in pageants, she also gets offers from many famous brands and magazines. Likewise, Joanna Joseph also focuses on her career in movies and shows too. Additionally, in an interview, Joanna explained that her school friends called her as Ugly Duckling and now that Ugly Duckling is famous that they want her autograph.

Moreover, in the survey, Joanna Joseph earns from 1 million to 5millions via her pageants. So, her story encourages every female to motivate themselves without bothering society and others. It will also lead you towards success.

The Unheard Inspiration story of Joanna Joseph is making the biggest impact on people’s life.

Dr. Vikas Divyakirti is a well-known UPSC guide in India. He is an author, IAS …