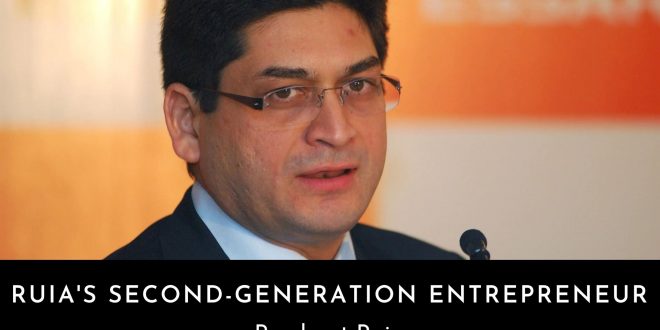 Prashant Ruia belongs to the Ruia family. The director of Essar is Prashant Ruia. He is one of the board members of Essar Capital Ltd. as well as chairman of Essar Oil UK Ltd. In addition to it, he solely invests in Essar Global Fund Limited (EGFL). His company is managed by Essar Capital Limited, its speculation administrator. It is a diversified worldwide private equity value store as well as a global investor. EGFL controls different world-class resources like energy, infrastructure, metals, and other services.

The early life of Ruia

Prashant Ruia is the son of Shashi Ruia, who is one of the founders of the Essar group. His father and uncle Ravi Ruia founded Essar group in 1969. He was born in 1969 and now he is 52 years old. His birthplace is Chennai, Tamil Naidu. His family moved to Mumbai in 1980; corporate headquarters was shifted to Mumbai from Chennai.

Mr. Ruia joined a university in Mumbai. However, he did not finish his studies because he joined the family business in mid-way. Prashant was a teenager at that time. In 1990, he got a commerce degree from Bombay University.

He is married to Vasudha. Prashant has a son and daughter. He always says that you need to have specified skills to run a business. Mr. Ruia loves south Indian food, currently residing in Mumbai. He also enjoys sports. Recently, he shared his thoughts about cricket on cricuru app with Varinder Sehwag, abdeVillers, and Brian Lara.

Mr. Prashant Ruia holds a key position in the Essar group since 1985. He is an integral part of the fund’s growth and value creation nationally as well as internationally. He is a member of different professional boards and renowned administrative. Additionally, in the world steel association, Mr. Prashant Ruia serves as a board member, also in the Metals and Mining and Energy Industry. Moreover, he also takes part in the India-Indonesia CEO’s Forum.

First to own the Tesla car in India

In 2017, he purchased X electric SUV from the tesla family. Actually, he is the first in India who owns tesla’s electric car. The car was imported with help of a private import route. He had to pay a price of ten million for this exclusivity. In addition to it, it shows his love for technology.

Ruia’s lost their Essar steel in 2019. Lakshmi Mittal and Japan’s Nippon Steel took charge of the Essar steel. However, the oil refinery in the UK is still privately owned by Essar energy which is very profitable for Ruia’s. Ruia’s family is in huge debt since 2017. Recently, Essar completed 50 years. There is around $ 14billion revenue of Essar Group.

Essar also faced a tough time like other organizations during a pandemic. In an interview, Prashant Ruia said that the company reduces its debt robustly and is working tirelessly to ensure growth. The areas of growth are not specified yet, but it definitely happens with the existing portfolio, according to sources.

During covid-19, Prashant focused on helping the larger community with a relief fund. It supplies protective equipment, masks, and other things related to health care. Moreover, it provides food to needy people. It sets an example of being a true corporate citizen. Employees of Essar as well as senior leadership contributed to this relief fund.

Women, daily laborers, transgender, and other homeless masses have been helped by using funds. Recently, Gujarat’s CM inaugurated the Essar Covid Care center. It is a good initiative to support people and the government. 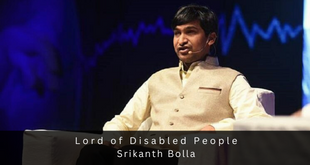