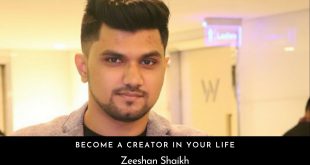 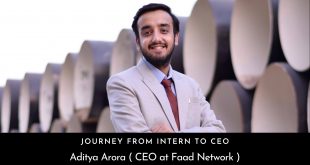 She pursued his schooling studies from school at Bengaluru. Then she excelled in engineering from Bengaluru University.

Her Hard efforts behind Reviving CCD.

Malavika Hedge is the daughter of former Karnataka Chief Minister SM Krishna, she worked for the company for many years as a nonboard member. She got married to entrepreneur VG Siddhartha who established the well-known coffee serving company Café Coffee Day. But due to a large number of losses the company went into a debt trap in light of Siddhartha being depressed committed suicide.

He was traveling suddenly he said his driver to stop the car and started walking alone. After a few days, his body was found at the riverside of Netravali with a Suicide letter. This all was like trauma to his heartbroken wife but she decided to establish the business again on the verge of success as well as to fulfill the dreams of his husband.

She states that “somewhere along the way in the last 12 months my mission has been to uphold the proud legacy of Siddhartha. He has left me a job to do, to settle every lender to the best of my ability, to grow the business, and to enthuse as well as foster our employees.”

According to the corporation, the company has a debt of Rs.7200 crore. When Malavika took over as well as become CEO of the company she worked diligently to overcome debt. She promised to decrease the debt to a reasonable level.

She was considerate towards employees and wrote letters to 25000 employees. In spite of debt, she doesn’t rose the prices of coffee with the same services and prices the company overcomes the situation.  She removes all coffee vending machines and closed all shops are not in a profitable state.

With all hard efforts, she worked relentlessly and succeed to reduce the debt to Rs. 3100 crores by 2020 march. Then the debts were curbed to Rs. 1731 crore at end of March 2021. Even in hard times of pandemic she worked with efficiency as well as stayed determined. Now Café coffee Day includes 572 locations across the United States.

Her coffee farms produce a yield of good quality Coffee which is in high demand all over the world. Now coffee vending machines are installed in 36000 organizations and businesses. She aims at turning CCD into a multi-billion-dollar corporation free of debts as well as expanding it to every corner of the country.

Malavika was born in 1969 in Bengaluru. Her father’s name is SM Krishna as well as her mother’s name is Prema. She got married to VG Siddhartha in 1991 and had two sons Eshaan and Amartya. Besides work, she loves to dance and dancing is one of her favourite activities to carry on with.

Malavika had committed the job which is capable of the abundance of praise. Even where there was no hope of survival of Café coffee, she made it all possible to curb debt and to again expand the business. She inspires everyone that no matter how hard situations are if you have the courage, will, and determination to achieve something you will surely succeed.

Malavika Hedge is a real-life inspiration to all to chase the things you are good at and create your own opportunities out of them.

Previous 3 Kings Church – Most Haunted Place of Goa
Next Ankit Garg – From Unemployed To Creating An Rs.500 Crore Company