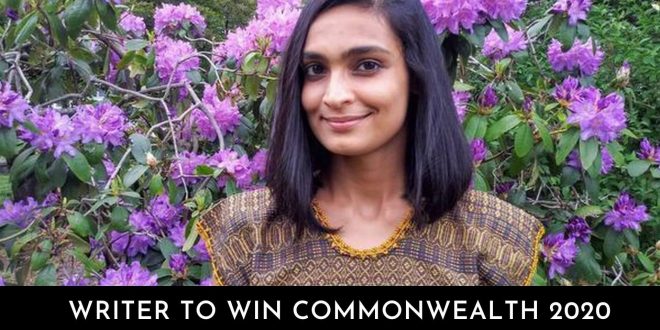 Beginning of her life

An announcement made on 30th June 2020 gave recognition to the name Kritika Pandey. She is 29 years old Indian writer from Jharkhand. She completed her graduation of MAF (Masters in Fine Arts) for poets and writers from the University of Massachusetts, Amherst. Kritika formally has a bachelor’s degree in Electronics and Communications Engineering from BIT (Birla Institute of Technology) in Mesra, a private institute in Jharkhand. Currently, Kritika is residing in New York in the United States of America (USA) still wants to contribute to the struggle of her country.

She also has attended the Black lives matter protest in the United States. A policeman brutally murdered a black man George Floyd, she saw a video of it. This is when the young writer could not stop and stay back home. As she said in an interview answering a question about the protest “I think one reason is that I am a writer and I am always in touch with my emotions. My instincts and emotions help me to make my decisions and being a part of the protest was one of them”.

Discovery to become a writer

Kritika Pandey mentions that when she learned reading things she discovered an interest in reading. She used to read the label and ingredients on the bottles and corn flakes box every day while eating her morning breakfast. She gained more interest in reading and used to re-read poems from the textbooks. Soon, her parents figured out Kritika’s interest and bought books for her. She spent most of her free time reading those books and novels.

When she learned to write she mentions that “it was like a new discovery for her every time she wrote”. In the classroom when the teacher dictated notes she used to write them down with speed. She gained more interest in writing and she wrote her first novel when she was in 10th class. The novel’s title was “8D”. Though it was not so good, she says, but writing it down was like a confidence booster for her. She wrote it on a desktop and got a print of it from a nearby café. Pandey spiral bonded it so that it could look like a book to read. After this point, she wrote many short stories.

It was a proud moment for every Indian when Kritika Pandey’s “The Great Indian Tea and Snakes” was declared as the regional winner from Asia. The story was among the top 5 short stories. Her story was the overall winner of the 2020 Commonwealth Short Story prize on June 30. She got the prize of £ 5000 for the Commonwealth short story and £ 2500 for winning the regional best short story. Swara Bhaskar, a Bollywood actress, read a short passage of this story at the ceremony.

Kritika’s story is about a Muslim boy and a Hindu girl. Both fell in love with each other. The story reveals the hate and prejudice they faced. Adding on, in the story, she created a strong Hindu girl character that willingly chose to love Muslim boys and broke societal norms. Incidents of mob lynching in Haryana, Rajasthan, and other places of India inspired her to write. She wanted to write about it in her own way when she heard about a 24 years old Muslim boy Tabrez. The incidents of lynching happened nearby her house.

Kritika’s appreciation story started way back in 2014 when she got the award of the Charles Wallace Trust Scholarship for Creative writing at the University of Edinburgh. Following, the 2018 Cara Parravani Memorial Award in fiction, the 2018 Harvey Swados Fiction Prize, and in 2020 the James W. Foley Memorial Award.

Kritika Pandey is a recipient of the 2020 Grant from the Elizabeth George Foundation. Adding on, her stories were shortlisted for the Commonwealth in 2016 as well as in 2018 as following” Dirty White Strings” and “A Girl called Wednesday”. Moreover, her written stories have been published in many magazines and famous publications, some of the important ones are The Kenyon Review, Granta, The Common, The Bombay Literature Magazine, Raleigh Review, and UCity Review. Translation of her works has done in different languages like Italian, Pashto, Malayalam, Marathi, and Bengali.

The Unheard Inspiration story of Kritika Pandey is making the biggest impact on Young Generation.