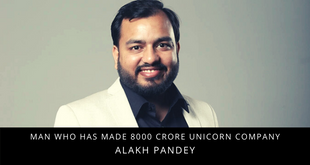 Vinod Dasari is a server and savior to society. He contributed health care sector of society as well as the skill development section. Vinod headed the post of Chief Executive Officer of Royal Enfield. Dasari recently had set up a non-profit Hospital in Chennai.

Vinod Dasari is amongst the top few CEOs in India with a proven track record of managing complex businesses Over the world. He is a man with leadership qualities. Vinod is married to Dr.Sarita she is a General Physician. He belongs to Chennai. He is a pet lover too as he had two Dogs name lino as well as Daria.

Vinod Dasari started his career with General Electric in 1986. He has served in several leadership positions at Cummins India Limited as well as Timken Company where he went on to become the president of its Global Railroad business in the USA.

In 2005, he was recruited as Ashok Leyland’s chief operating officer. In 2011 he contributed his part in Ashok Leyland as CEO as well as managing director. Dasari has also served as the president of the Society of Automobile Manufacturers from 2015 to 2017 as well as president of the Automotive Research Association of India (ARAI) from 2013- 2015. He was listed for Autocar Professional’s Man of the Year in 2016.

Vinod gave his great contribution to Royal Enfield even in times of Covid-19. They doubled their store in a year. Royal Enfield focused on high-level customization as well as provide their customers with the facility of door-to-door services.

Vinod Dasari worked with Royal Enfield for 2 years and then he resigned to serve society. After leaving his position he announced he’s stepping down the post to chase his passion that was of affordable healthcare as well as skill development. He said that “one out of five People in India is diabetic, one out of three have hypertension as well as my wife is an expert in that field so how can we leverage her skills to build something together”.

Net Worth of Vinod Dasari

Due to his significant contribution to the automobile sector, he received many awards. CEO of the year by Business Today, he has been nominated. He received an award of “CV Man of the Year” by CV Magazine.

Thus, he had played a vital role in the business sector as well as society. He is a man with great vision and social welfare values.

The Success story of Vinod Dasari is making the biggest impact on people’s life.